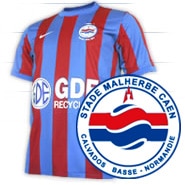 Near Field Caen-mmunication: French football club Caen have taken a novel approach to introducing NFC by putting the technology into club shirts for fans. Caen has already introduced NFC services for fans to buy tickets with their mobile phones — now they will also be able to interact with their shirts from the start of next season.

EMVCo issues new NFC specifications: EMVCo has issued a fresh set of specifications for contactless payment systems. The documents range from architecture and general requirements to contactless communication protocols. The full list can be seen and downloaded here.

Cardolution offers contactless business cards: Austrian firm Cardolution has launched contactless RFID business cards and a plug-and-play USB reader to transfer contact details via NFC. Data is stored in vCard format, so information read from cards with the USB stick or an NFC phone can be imported into applications such as Outlook and Excel.

Expo visitors given chance to win prizes via NFC: Italian firms Infordata and Top Class Promotion introduced an NFC-based ‘touch and win’ game at the recent Promotion Expo in Milan. Visitors were provided with an RFID ‘coin’ which they placed against an NFC mobile phone to see if they had won a Nexus S handset or a travel voucher.

Central Bank to give mobile wallets to all Ecuador citizens: Utiba Americas has won a public bid for a mobile wallet project for the Central Bank of Ecuador. The project will provide all citizens with a mobile wallet for storing, sending and receiving money. While virtually everyone in Ecuador has a mobile phone, the majority do not have access to a bank account.

Amex and Payfone join to create global checkout service: American Express and Payfone have announced an alliance to create a new global mobile checkout service. As part of the agreement — which sees Amex take a stake in Payfone —the latter will combine its mobile authorisation and payment services with American Express’ recently launched digital payments platform, Serve.

Visa ends successful NFC Australia trial: Visa has completed a trial of mobile contactless payments in Australia in collaboration with ANZ Banking Group. “ANZ Bank staff were issued specially designed Apple iPhone cases that incorporated NFC technology via the inclusion of a microSD card and antenna within the case,” Vipin Kalra, Visa’s country manager for Australia, said. Visa is evaluating the results of the trial, but initial findings suggest it was successful.