Business software firm Oracle has been conducting experiments with NFC and has found it “too time consuming” to use at the point of sale, the firm’s David Dorf has reported. 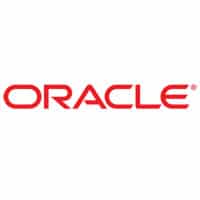 Oracle asked it if was really achievable to replace loyalty cards, coupons and payment cards with a single tap of the phone. In its experiments it found that the time taken in opening each file caused too much delay:

It took roughly two seconds per file, which doesn’t sound slow, but it moves the consumer from a ‘tap’ to a ‘tap and hold’.

To avoid this issue, we combined the data from all three files into a single one, using separators between the data types. This works well, enabling the consumer to simply tap to handle the combined data exchange with POS. But realistically, the data is owned by three different organizations, and they will want their own files.

So far we’ve just talked about reading data. Writing data takes a big longer, and moving the phone away from the reader during a write operations will cause an error. When a coupon is redeemed, we may want to erase it, or add a new one during checkout. This extends the time even longer.

The fastest approach might be to simply store a read-only unique identified on the phone that a third party can link to a loyalty number, list of coupons, and payment choices on some far away server. Forcing all the work to the back-end servers would certainly simplify the role of NFC but also require the POS to be online.

Have NFC World readers experienced similar issues, or are there better ways of doing this that result in a faster overall transaction time?