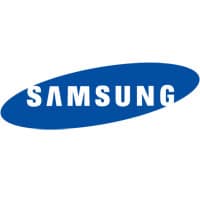 The mobile phone manufacturer revealed last week that Samsung France had sold 2.1m smartphones in France during 2010 and expected six million during this year — with 25% of them using the Bada operating system.

Samsung’s Wave 578 NFC handset was announced in February and is based on Bada 1.1. But, as Badaworld explains, a new high-end handset is expected in September and a low-end model will follow in November, both packing NFC and running Bada 2.0:

Two other models, while having no name, will be based on bada 2.0. First, is the new flagship, will be released in September, and will be equipped with a 3.65-inch screen, support for third-generation networks Standard HSDPA 7.2, two cameras (basic — 5 megapixels), wireless modules, NFC, Bluetooth 3.0 and Wi-Fi.

The third phone, the appearance of which is expected in November, is a representative of low-cost line. Its differences from the current members will be 3.14-inch screen, similar to the flagship support for HSDPA 7.2 and NFC-chip.