More than half of UK retailers are considering using NFC technology as part of their overall mobile strategy, citing competitive pressures and customer demand as key drivers for this decision. 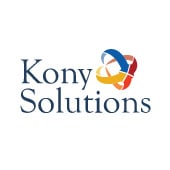 That is the result of a survey by mobile application creator Kony, which interviewed 100 marketing and IT directors at UK retail businesses, along with 1,000 consumers, to get their thoughts on the industry.

The researchers found that 57% of retailers surveyed are considering using NFC as part of their mobile strategy.

A quarter of consumers already want to use their mobiles to pay for items in-store as opposed to using cards or cash, despite the low awareness of the technology among consumers, the report explains.

Consumers cited convenience (59%) as the main reason for wanting to use mobile payments. But security concerns (39%) remain a key reason why consumers say they don’t want to pay with mobile, suggesting a real opportunity for retailers to increase interest in mobile payments by addressing these concerns and this lack of education, since NFC provides significant security advantages, says Kony.

Overall, the survey found retailers were taking a lax approach to mobile commerce, however, despite many claiming they know the technology will become far more prevalent over the next two years.

The research, conducted by Vanson Bourne, revealed that 42% of retailers believe mobile commerce is already affecting shopping behaviour at physical retail locations, while a staggering 89% already believe mobile will be as popular as e-commerce.

However, less than one in five retailers surveyed reported having a mobile strategy fully in place, and almost a third have no plans to implement one at all.

“The aim of this study was to assess the preparedness of UK retailers for mobile in relation to consumer expectations and demands,” says David Eads, head of product marketing at Kony.

“The results show a significant discrepancy between retailers’ anticipations of the impact of mobile and the strategies that they currently have in place to facilitate this demand. It is clear that mobile is already affecting shopping habits and has the potential to overtake e-commerce in the next few years,” he continues.