PARTNER NEWS: NXP is “excited about the expanding number of users of NFC applications” following the announcement made by Apple earlier this week that it is to add support for NFC tag reading to its iPhone 7, 7 Plus and Apple Watch devices. 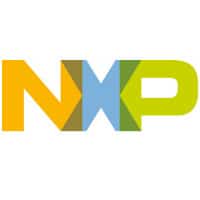 “NXP welcomes the 16m registered developers to the NFC universe,” the company says. “We trust that they will happily start using the available iOS 11 beta version. We look forward to a surge of creativity, and a significant increase in consumer-focused Internet of Things (IoT) applications.”

More details can be found in the press release:

Apple announced during the Worldwide Developer Conference 2017 that they will be expanding NFC capabilities in iOS 11 with detection of NFC tags and reading messages that contain NDEF data.

June 8, 2017 As co-inventor of NFC technology, NXP Semiconductors is excited about the expanding number of users of NFC applications: brand owners can connect and engage directly with consumers pre- and post-sale, leverage social connectivity, drive omnichannel sales, build loyalty, protect products and their distribution channels, seamlessly pair devices with Bluetooth and WiFi. A much wider customer base is addressed for smart and cloud connectable consumer products, including apparel, footwear, food and beverages, cosmetics, pharmaceuticals, lubricants and many more. Combined with sensing, NFC brings a wide range of new IoT applications to consumers. Smart logistics, enabling recipients to monitor the condition of goods delivered. Or therapy adherence improvement, enabling patients and caregivers to monitor and improve the effectiveness of drug intake with devices like smart blisters, pill bottles or inhalers.

The daily life of the average consumer is enhanced greatly by a variety of NFC touchpoints throughout their world. From tapping their phone to sync with Bluetooth in the car to confirming the authenticity of a luxury good, the physical world will connect seamlessly with the digital. Through incorporating NFC tags, a once analog product becomes the channel through which the consumer is reached. A tap of the phone connects to the world of social media, additional brand value and add-on products. NFC opportunities will be everywhere.

As co-founder of the NFC Forum, we also take an active role, in the standardization process as seen in the new NFC tag certification initiative based on the official NFC Forum tag types 1 to 5 specifications.

NXP welcomes the 16 million registered developers to the NFC universe. We trust that they will happily start using the available iOS 11 beta version. We look forward to a surge of creativity, and a significant increase in consumer-focused IoT applications. NFC is going to drive value to consumers and businesses alike.