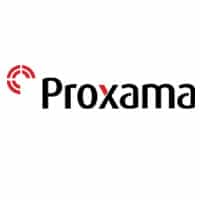 Narrated by British comedian Stephen Fry, the campaign is running for a two-week period, ending on 10 December in collaboration with Proxama’s media partner Exterion Media, Ubiquitous and Primesight.

Proxama PLC, the leading mobile proximity marketing experts, today announces that Alzheimer’s Research UK (ARUK) has used beacons to promote its ‘Santa Forgot’ Christmas campaign to boost awareness and donations for the charity. The ‘Santa Forgot’ campaign kicked off with national TV and multimedia promotion last week. The charity used Proxama’s beacon network to share their promotional video across buses, taxis, cinemas and convenience stores – both in-app and via the Physical Web – to Londoners via their smartphones.

Proxama’s beacon network is enabling Alzheimer’s Research UK to reach consumers who are in periods of high dwell – often at transport hubs – over a two-week period starting the 26th November directly via their mobile. Narrated by Stephen Fry, the campaign will be running from 26th November to 10th December, in collaboration with Proxama’s advertising and out-of-home (OOH) media partners Exterion Media, Ubiquitous and Primesight.

The attention-grabbing concept highlights the varied symptoms and social isolation of dementia and raises awareness of the diseases that cause it, most commonly Alzheimer’s, strikes indiscriminately and can affect anyone, even Santa.

Santa Forgot’s central character is a young girl called Freya, who has grown-up in a world where Santa has stopped visiting on Christmas Eve. On learning about Santa’s condition, Freya travels to the North Pole. She offers her own support and re-mobilises the redundant elves as researchers, explaining her belief that ‘if Santa has a disease, research can find a way to fix it’.

“Through the depiction of Freya and Santa’s elves, we aim to show that only with world-leading research, new approaches and innovative thinking can the diseases that cause dementia be defeated. We need support from the public to do this,” said ARUK Director of Communications Tim Parry. “At this time of year, it can be difficult to stand out, so we wanted to employ fresh mobile-based technologies to help share our video and raise awareness of this important issue. By working with Proxama and using the latest iBeacon and Physical Web technology, we’re able to reach the public when they’re at their most receptive.”

“The Christmas period sees thousands of brands vying for consumers’ attention. This can create major challenges, particularly for charities that can sometimes struggle to get their voices heard,” added John Kennedy, CEO of Proxama. “Using proximity marketing methods enabled by our beacon network will help ARUK deliver their content to members of the public at the right time, cutting through the noise. With Alzheimer’s disease and other dementias now the UK’s biggest killer, we know how important awareness-raising can be and are proud to be supporting them with this.”

Proxama specialise in transport based mobile proximity services, using Bluetooth beacon-led technology, to deliver the most accurate and reliable mobile location and behavioural data for digital advertisers and agencies.

Proxama are also one of only two companies in the world and the first in Europe to be certified by Google as a Location Services Provider, so that they can offer services and experiences based around Google’s open beacon format, Eddystone.