Android Pay is launching in New Zealand initially only for customers of BNZ bank who own a Visa Flexi debit card. 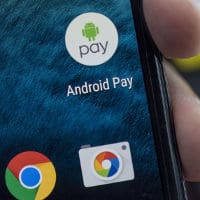 “New Zealanders have a longstanding affinity with electronic payments, as shown most recently by the swift uptake in contactless payments,” says David Bullock from BNZ.

“We’re really pleased to have negotiated this for our customers. Partnering with Google opens doors to exciting opportunities in the future as technology, digital banking and customer needs continue to evolve.”

New Zealand is the seventh country in which Android Pay has entered since its launch in 2015 in the US.

The service made its UK debut in May 2016 after Google’s Spencer Spinnell hinted that a European launch of the mobile payment service was imminent earlier this year at Money20/20 Europe. It launched in Singapore in June, in Australia in July, in Hong Kong in October and in Poland in November.