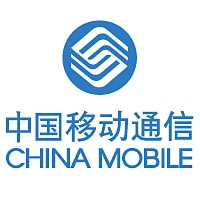 The SIMs will be pre-loaded by Gemalto with the Beijing transport application, enabling NFC phone owners to pay for bus and metro rides by tapping their phone to a contactless ticket reader.

As well as transit, “the UpTeq NFC multi-tenant SIMs installed in all types of handsets will be immediately ready to host and enable a rich addition of secure services such as mobile payment, loyalty and couponing programs, and access control for private enterprises,” Gemalto says. “The LTE-ready capabilities also allow subscribers to download NFC applications with the convenience and speed of the latest 4G networks.”

“In the future, commuters will be able to travel from city to city with just one download wherever they go instead of having to buy a new transportation card each time.”

The move comes amid fast growth in the availability of contactless POS terminals in retail stores in China. There are now 3.6m POS terminals equipped to process payment network China UnionPay’s QuickPass contactless payments service, Gemalto says, up from 1.4m in October 2013.