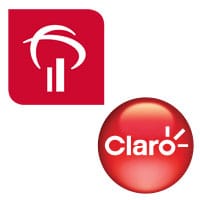 Mobile network operator Claro and one of Brazil’s largest banks, Bradesco, are to commercially launch an NFC mobile payments service in the state of São Paulo during the first half of this year, ahead of a national rollout that will reach a combined customer base of 85 million consumers.

Giesecke & Devrient will supply the TSM platforms used by both Claro and Bradesco and also provide Claro with SkySIM CX SIM cards, used to store both Visa and MasterCard account details, and its SmartTrust Portigo mobile wallet software. This will be pre-installed on new Claro NFC handsets and will also be available to download by existing NFC phone owners. Customers will then be able to make NFC payments at any of the 200,000 points of sale in Brazil which are equipped to process contactless payments.

“By adopting mobile payment services based on NFC technology, Brazil is setting the course for all of Latin America,” says Giesecke & Devrient’s Carsten Ahrens. “We are delighted at the chance to furnish both our partners with a secure, overall concept.”

Claro has previously piloted an NFC transit ticketing service in Rio de Janeiro in partnership with three other carriers. Bradesco has also worked with Telefonica-owned operator Vivo on NFC and piloted NFC with telco TIM in Rio de Janeiro and São Paulo in June 2013.