Rio de Janeiro is set to become the first city in Brazil to pilot an NFC ticketing service for public transportation. Four mobile network operators are taking part in the pilot, which will run with two hundred pre-selected bus, train and ferry commuters until December this year. 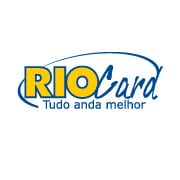 The service is a partnership between RioCard Tecnologia da Informação, the city’s contactless card for public transportation, Gemalto, Motorola Mobility and mobile network operators Claro, Oi, Telefónica and Tim. It is also being supported by the GSMA.

The Motorola Razr D3 smartphone has been selected for the pilot, which will allow commuters to use their mobile device as they would use their RioCard transit card. When onboard, commuters will be able to make payments by tapping the mobile device on a contactless-enabled RioCard reader terminal.

An app allows commuters to check their account balance from their phone. In the future, “RioCard will also offer prepaid charges on the device itself,” the partners say.

Gemalto will be providing its UpTeq multi-tenant NFC SIM cards with embedded Mifare4Mobile technology and will be the trusted service manager for the pilot.