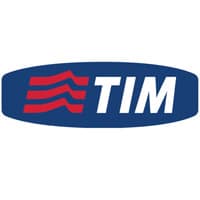 Brazilian mobile network operator TIM, part of the Telecom Italia group, has started an NFC payments pilot in partnership with Bradesco Bank, with plans to commercially launch the service by the end of this year.

A selected group of people have been given Motorola and LG NFC phones to conduct payments at participating locations, equipped with Cielo POS terminals, across Rio de Janeiro and Sao Paulo.  Gemalto is acting as TIM’s TSM for the service.

Carlos Roseiro, director of mobile financial services at TIM, said: “This new pilot will help us further in the quest for knowledge about NFC technology, which promises to be the big news of the Brazilian market in the near future.

“The goal is also to expand our partnerships to have a longer range and a wider range of benefits to our customers when the service is commercially launched.”

The pilot follows the telco’s first NFC pilot project, launched in January this year in collaboration with MasterCard, Banco Itau, Redecard and Gemalto.