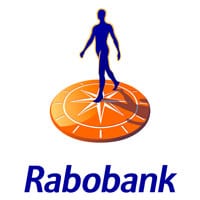 The NFC payments pilot in the Dutch city of Leiden has proved successful in terms of both consumer and merchant uptake, partners Rabobank, ING and ABN Amro report — and Rabobank is now set to commercially launch an NFC mobile wallet during the second quarter of 2014.

More than 90% of the transactions made were for less than €25, the level at which a PIN is required to authorise the payment.

Four out of five consumers made more than the 25 transaction they were required to for the purposes of the trial. The banks say that overall consumers were “very positive” about the mobile payments service.

Businesses involved in the trial said they thought that accepting mobile payments gave them a “positive image”, despite admitting to experiencing “some technical difficulties”, according to the banks. Merchants also found that the service meant shorter queues, with transaction speeds averaging around seven seconds.

“This is a very good result,” said Rabobank’s Jeroen Verrijdt, speaking on behalf of all three banks involved. “People have used this new payment method a lot so we have gained insight into the preferences and needs of consumers and businesses. This is important for improving mobile payment.”

The equipment used during the trial in Leiden will remain active, but only Rabobank has so far announced plans to follow the pilot with a commercial launch.

Using their smartphone and Rabobank’s mobile app, consumers will be able to make payments using a Rabobank Wallet linked to their bank account at any location across the Netherlands equipped with a contactless POS terminal.

“With the wallet, Rabobank customers can pay with their smartphones at NFC terminals, but we will also put a lot of other options in the wallet, like loyalty cards, balance check and scan for receipts,” the bank told NFC World. “Other services are to be developed.”

According to the bank, certain functions of its existing MyOrder app will be included in the Rabobank Wallet. MyOrder is also being integrated with its Cashless Betalen service — a wallet linked to a prepaid Rabobank Minitix account that allows users to pay with NFC stickers, a key fob or wristband at participating locations.

“Putting the two together means customers can now use MyOrder to order and pay at the terminal,” the bank explained. “MyOrder is available to all Dutch consumers, not only Rabobank customers, and parts of MyOrder will be included in the Rabobank Wallet, for example, the balance check and receipts features.”