The World Wide Web Consortium (W3C) has published a draft specification for an NFC API that will provide web developers with a standard way to access the NFC functionality on an NFC-enabled device. 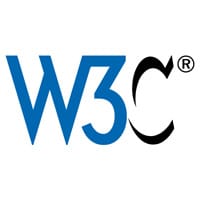 The Web NFC API specification has been produced by the W3C’s NFC Working Group and is designed to let web pages and web apps make use of NFC — in the same way that native mobile apps have access today — including:

“The idea is is that we want to allow web applications to be able to access NFC devices,” the W3C’s Dave Raggett told NFC World. “We want to be able to allow the web technologies to be a compelling choice for developers.

“We have seen the rise of the native ecosystems around Apple and Google’s Android and we want to make sure that the web technologies are a compelling alternative and, more so than that, that web technologies allow developers to target a wider range of devices.

“It reduces their cost to be able to reach out to different kinds of devices, and also the technology is based on very open standards so they have a longevity to them that you might not see in proprietary systems that rise and fall over a span of years.”

“The NFC specification isn’t aimed at payments,” Raggett added. “W3C is organising a workshop in Paris in March on payments to look more generally on how applications can request payments. That’s a slightly different direction; this is more about what NFC can do to open web applications and what new kind of web applications can be created around NFC.

“This is only a first working draft, so expect it to mature and go through a series of revisions. After that, it becomes what W3C calls ‘candidate recommendations’ and we would then be looking for evidence of implementations and interoperability between those implementations, so this could take some time. Standardisation is not instant, because it relies on the pace of the industry in maturing and supporting this so it could take us quite a while.”