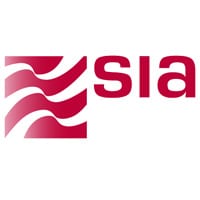 Consumer research undertaken by payments processor SIA has found that 94% of the Italians who have had the opportunity to try out NFC payments appreciated the technology, giving the experience an average rating of 8 out of 10.

The research was conducted with participants in a number of pilot projects SIA has conducted in Italy and includes analysis of how the consumers used their NFC phones to pay as well as both consumer and merchant attitudes to the service.

The research also found a significant difference in the way NFC payments were used by men and women:

“The results of the experiments over the past year with various banks and telcos confirm that mobile payments arouse great interest and can change behaviour and habits,” says SIA chief executive Massimo Arrighetti.
“The mobile phone can certainly make an enormous contribution to the development of new payment methods and other services useful in our daily lives. However, it is necessary to create real situations in which to use them and to promote collaboration among all the players involved.”