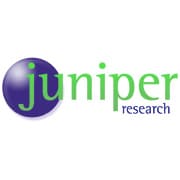 “Based on our analysis and interviews with key industry players, our view is that the next 18 months will see launches in up to 20 countries,” says Juniper analyst David Snow. “As a result, Juniper is forecasting that North America and Western Europe together will exceed the Far East region in under three years based on transaction value.”

Juniper forecast in April that at least one in five smartphones worldwide — some 300 million in total — will have NFC capability by 2014.