More than 600m mobile devices worldwide will include biometric authentication within the next five years, up from 190m in 2016, with demand for methods that involve less hardware raising the profile of solutions such as voice and facial recognition, a report from Juniper Research says. 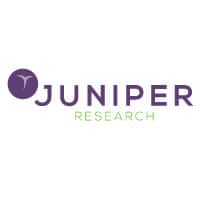 Technologies that do not require dedicated hardware, as fingerprinting does, will grow new audiences as biometric security penetrates markets with lower-tier smartphones. Fingerprinting will remain common in more affluent regions though, the report says.

It also suggests use cases for biometrics will shift from identification to verification, as the need for better security of the biometric itself increases.

“Establishing best practices for storage and transmission of newer biometrics will be key to ensuring consumer control over the security of these most personal data.”

The boom in biometric authentication was highlighted last month by a Frost & Sullivan report which stated one in three new cars will feature some form of biometric feature by 2025.

Meanwhile, a Mastercard survey reported in September that customers would rather use biometrics than PIN codes to secure mobile payments, with fingerprint recognition technology proving the most popular method.