The Fido Alliance has added new NFC and Bluetooth Low Energy (BLE) transport protocols to its Universal Second Factor (U2F) authentication specification. “With these new transport specifications, Fido U2F is appropriate for mobile and wireless applications and devices that do not have a USB port,” the organisation says. 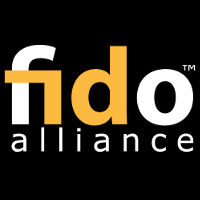 “The U2F Bluetooth transport specification allows the creation of special-purpose BLE U2F devices that require just the press of a button to authenticate to an online service. In addition, phones and peripherals, which consume more power, can be programmed to act as U2F devices using either BLE or Bluetooth Classic.

Launched in 2013, Fido (Fast IDentity Online) is an open security authentication concept that aims to allow users to replace passwords with a range of authentication methods, including NFC and biometrics. It published final drafts of version 1.0 and U2F specifications in December 2014 before announcing NTT Docomo as the world’s first mobile network operator to deploy the authentication throughout its network in May.

“The addition of NFC and Bluetooth support in Fido U2F illustrates our commitment to ensure Fido standards are flexible, extensible and future-proof by design,” says Fido Alliance executive director Brett McDowell. “With this strategy, Fido standards will continue to see accelerated industry adoption as we move ever closer to our goal of ubiquitous Fido authentication that is more secure, private and easy to use.”

“Support for Bluetooth and NFC solidifies the mobile and wireless story around Fido’s U2F authentication protocol,” adds Stina Ehrensvard, CEO and founder of Fido Alliance member company Yubico. “Now end-users can enjoy the high security, account integrity and ease of use of U2F strong authentication on any of their devices.”