NTT Docomo has become the world’s first mobile network operator (MNO) to deploy Fido authentication throughout its network, allowing it to replace passwords for millions of customers across its services with a range of enhanced authentication methods including both fingerprint- and iris-based biometrics. 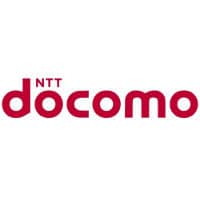 The move comes as industry consortium the Fido Alliance announced the Japanese firm would join its board of directors.

With 65 million customers, NTT Docomo’s deal will lead to a series of industry milestones, including:

“Today is a historic day for the Fido Alliance, as NTT Docomo is not only our newest board member, they are the world’s first mobile network operator to deploy Fido authentication,” says Fido Alliance president Dustin Ingalls.

“We enthusiastically welcome NTT Docomo to the Fido Alliance board of directors and recognize their outstanding accomplishment in bringing to market another innovation, Fido authentication, greatly improving their customer experience and end-to-end security.”

Launched in 2013, Fido (Fast IDentity Online) is an open security authentication concept that aims to allow users to replace passwords with a range of authentication methods, including NFC and biometrics.

“By eliminating passwords with Fido standards, we are able to deliver a superior end-user experience that includes enhanced security features; we will also be able to introduce innovative new services and product offerings that can utilize standards-based platforms and devices,” says Seiji Maruyama, senior vice president at NTT Docomo.

“After reviewing the different approaches to authentication available today, we settled on the Fido standards as the right strategy for solving the current and future authentication needs of our customers. We look forward to creating the Fido ecosystem together with Fido Alliance.”

The NTT Docomo launch follows last week’s news that the first 31 products, from the likes of Google, Fujitsu, Nok Nok Labs, Qualcomm, Samsung and Yubico, have now been certified by the Fido Alliance.

The certifications come as the alliance unveiled the Fido Certified testing program, designed to measure compliance and ensure interoperability among products and services that support Fido 1.0 specifications.

“NTT Docomo’s visionary commitment to simple and strong authentication is a milestone in the journey to drive secure and convenient online authentication on a global scale.”