Denmark’s Danske Bank is to build support for mobile commerce platform PowaTag into its MobilePay app, allowing two million Danes to order and pay for goods with their smartphones via ‘virtual boutiques’ generated by PowaTag Codes placed within print, broadcast and out-of-home (OOH) advertising. 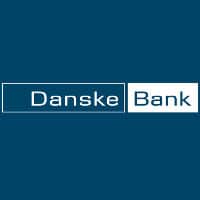 The PowaTag platform will be integrated with the bank’s existing app — allowing MobilePay customers to use Powa’s mobile commerce capabilities with details already saved to the app.

More than 1,200 companies around the world have so far partnered with the platform created by Powa Technologies, valued last year at more than US$2.6bn, including L’Oreal USA, The Big Issue Foundation, Best Western and Miinto.

MobilePay, a free app that enables peer to peer money transfers and mobile purchases in-store and online, is the market leader in the Nordic countries, with more than 12bn kroner (US$1.76bn) in transactions so far processed.

The deal is set to take MobilePay to the “next level”, says Mark Wraa-Hansen, head of the MobilePay division at Danske Bank.

“The Danish people are incredibly switched on to the huge potential of mobile payments, as demonstrated by the fact that two out of three smartphone users now use our solution.

“The speed and convenience of PowaTag make it an ideal fit with the services that have made MobilePay so popular.”

With the Danish government recently proposing to do away with the obligation for retailers in the country to accept payment in cash, Dan Wagner, founder and CEO of Powa Technologies, adds the deal would help “further cement Danske Bank’s position at the forefront of mobile payments without compromising its decision not to charge customers”.

“Instantly engaging with over two million users through one of the world’s most well-known retail banks is an important step as we continue to establish PowaTag as a new global standard in commerce,” he says.