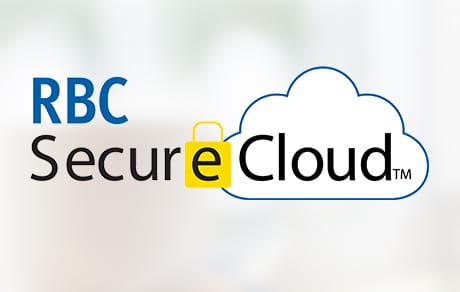 Royal Bank of Canada has introduced an NFC mobile payments service that stores customers’ card details in the cloud. The new RBC Wallet is available to customers with a Samsung Galaxy S III or Samsung Galaxy S4 on the Bell Mobility network, with support for other devices coming this spring.

RBC Wallet users can use the service to make payments at any location in Canada equipped with a Visa PayWave or Interac Flash contactless point-of-sale terminal.

“When consumers download the RBC mobile banking application, they will be given the opportunity to enable their Wallet — an incredibly seamless process,” Linda Mantia, RBC’s executive vice president of cards and payment solutions, told NFC World.

“There will be a Wallet option within the RBC mobile app. When the consumer clicks that, it will get loaded for them and once it’s loaded, there will be a passcode that they enter at the point of sale and, when they want to make a transaction, they will tap or hover their device over the terminal.”

“What happens in the background is the data is transmitted, encrypted and decoded on the device at the point of sale but all of the consumer’s real data is stored in servers that sit behind the RBC firewall,” Mantia added.

The bank had originally planned to launch NFC payments in partnership with Bell, using NFC SIMs to store card details, but then switched direction in mid-2013 to use the new internally developed, patent-pending RBC Secure Cloud platform instead.

“We don’t know what that last inch will be and that was one of the reasons why we went with Secure Cloud as opposed to storing the credential inside the SIM,” Mantia explained. “It gave us the opportunity to be incredibly adaptable in how this will evolve.

NFC definitely looks set to be the fastest adopted solution in Canada, she said, “given the significant investments that merchants and acquirers have made to deploy contactless devices” but “it really is just a start.”

“Our goal is to give customers maximum choice and by customers I mean both the merchant and the end consumer,” Mantia continued. “We are working with our merchants for those who are interested in barcodes, QR codes, Bluetooth and other technologies. We really believed that we had to develop an open architecture to support new technologies that either exist today or will emerge in the future.”

“Our long term vision is for the RBC Wallet to support cash withdrawals from ATM machines and will reward consumers with points each time they use their mobile device to make a payment through the bank’s Rewards Points program.”

“We are doing work with different partners to find other incentives to help drive adoption of this solution, but that’s not something we will announce at this point. We just want to highlight the vision. What’s been very exciting about what we’ve done is that our team has really proven what is possible with today’s technology,” Mantia added.

“Our list of ideas is incredibly long. Launching RBC Secure Cloud is infrastructure, it’s something we need to do to get going, but all of the value-added pieces are the exciting part and we are working towards them and trying to prioritize. What’s important now is that the solution is seamless for the consumer; it’s very, very quick and there is really no work on their side and that has been rated incredibly well in all of our testing with our customers.”

The bank has prepared a video to show consumers the platform’s capabilities: