SimplyTapp, the US startup which created Host Card Emulation, bypassing the need to use a carrier controlled SIM-based secure element in NFC transactions, has raised a Series A funding round led by Lightspeed Venture Partners. 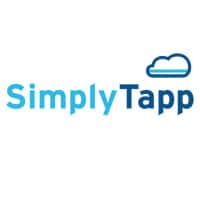 Interest in Host Card Emulation has exploded since Google announced it would be included in Android 4.4 KitKat for NFC payments, and the internet giant is already using HCE within the Google Wallet implementation on the Nexus 5 smartphone, says SimplyTapp.

The company has created the first platform that enables NFC payment transactions via HCE, and the new investment will allow SimplyTapp to improve and expand its offering beyond the 100 developers that are currently using its development tools.

“A main advantage of the platform is the ability to leverage existing POS hardware infrastructure without requiring merchant adaptation,” the company says. “The platform is open to developers and card issuers; allowing for innovation in mainstream card issuance to go beyond PayPal and Stripe.

“Through secure and open APIs, SimplyTapp enables developers to include HCE payments in their applications. The service automates the process of securely storing issuer’s card credentials in the cloud.”

SimplyTapp CEO Doug Yeager praised Lightspeed Venture Partners, which led the funding round: “They really understand the space and share our vision for the future of mobile enabled payments. We are thrilled to have them as our partner.”

“The SimplyTapp team will bring secure open innovation to developers and issuers that have been dominated by complexity,” says Lightspeed’s Tim Danford. “HCE is getting significant interest, I’m looking forward to working with the team to build a market leading company.”