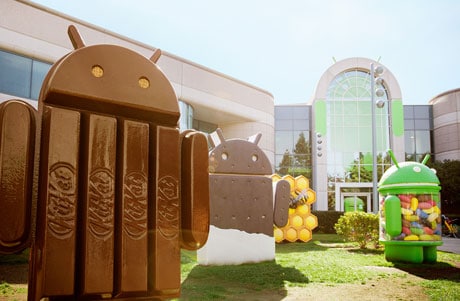 Google has introduced support for Host Card Emulation in Android 4.4 KitKat, enabling any Android NFC device to be used for mobile payments and other secure applications — without needing access to a secure element.

“Android 4.4 introduces a new, open architecture for NFC payments that works with any mobile carrier, and lets apps manage your payment information in the cloud or on your device,” Google says.

“With HCE, any app on an Android device can emulate an NFC smart card, letting users tap to initiate transactions with an app of their choice — no provisioned secure element (SE) in the device is needed. Apps can also use a new Reader Mode to act as readers for HCE cards and other NFC-based transactions.

“Android HCE emulates ISO/IEC 7816 based smart cards that use the contactless ISO/IEC 14443-4 (ISO-DEP) protocol for transmission. These cards are used by many systems today, including the existing EMVCo NFC payment infrastructure. Android uses Application Identifiers (AIDs) as defined in ISO/IEC 7816-4 as the basis for routing transactions to the correct Android applications.

“Apps declare the AIDs they support in their manifest files, along with a category identifier that indicates the type of support available (for example, “payments”). In cases where multiple apps support the same AID in the same category, Android displays a dialog that lets the user choose which app to use.

“When the user taps to pay at a point-of-sale terminal, the system extracts the preferred AID and routes the transaction to the correct application. The app reads the transaction data and can use any local or network-based services to verify and then complete the transaction.

“Android HCE requires an NFC controller to be present in the device. Support for HCE is already widely available on most NFC controllers, which offer dynamic support for both HCE and SE transactions. Android 4.4 devices that support NFC will include Tap & Pay for easy payments using HCE.”

• Google worked on the solution with SimplyTapp, a US startup that first proposed the approach in September 2012, SimplyTapp’s Doug Yeager has told NFC World.

Google provides the HCE functionality, he explained, but “they don’t dictate where to store the data. That is what we do, or other cloud SE providers.”

Detailed technical information on SimplyTapp’s platform is available at the SimplyTapp Wiki.