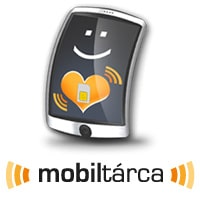 Eight out of ten testers of the Hungarian mobile wallet pilot project have found the service “very useful” prompting the Hungarian Mobile Wallet Association — an alliance between mobile network operators Magyar Telekom, Vodafone and Telenor with MasterCard, OTP Bank and SuperShop — to declare the MobilTarca wallet ready for market.

The Association says “half of the testers have left their traditional wallet at home at least once and went shopping only with their mobile phone” and during its first three months “participants used their mobile wallet for payment at over 2,000 places and made more than 15,000 transactions.“

“Due to its integrating role, the mobile wallet has the ability to change our current card usage habits and can contribute to raise awareness in our everyday purchasing,” says Gábor Pukler, president of the Hungarian Mobile Wallet Association. “The wallet overall performed well in the first phase of testing and has proven that it is marketable, despite the rudimentary functionality.”

The report also shows that testers used their mobile phones four times more often than standard plastic cards, and were “satisfied mainly with security, the speed and the simplicity of the payment process.”