Mobile network operator Vodafone is launching a pre-commercial prepaid payments trial in New Zealand, in partnership with Visa and Bank of New Zealand (BNZ). The trial will make use of Samsung Galaxy S III and HTC One smartphones equipped with the Vodafone SmartPass app. 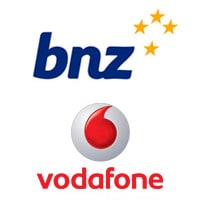 Customers can load funds into their SmartPass account using any bank card as long as they are Vodafone subscribers and, according to the carrier, users of the app will be able to make payments at “thousands of Visa Paywave enabled contactless terminals around New Zealand”. Locations include fashion department store Farmers, BP and Z Energy, as well as selected coffee shops, sports stadiums and “many more”.

The Vodafone SmartPass application can be protected with a PIN code and transactions are backed by Visa’s global processing network.

“We expect to see NFC smartphones eventually replacing all the cards we carry in our wallets right now, says Matt Williams, consumer director at Vodafone. “Over the next few months, we’ll engage in intensive trials and testing with Visa and BNZ to ensure the Vodafone SmartPass brings together the highest standards of security with simple functionality and convenience for customers.”

“The rise of contactless payments is already starting to transform banking,” adds Shelley Ruha, BNZ’s director of enterprise services. “Our NFC trial in 2011 illuminated the possibilities for BNZ and this pre-commercialisation trial is the logical next step for us. The SmartPass is about offering customers flexibility and choice with access to a range of payment methods for different situations which we are pleased can now include mobile contactless payments.”

The move follows an announcement in April last year by Paymark, Telecom New Zealand, 2degrees and Vodafone New Zealand of their intention to form a TSM to establish an open ecosystem for NFC services in the country and the announcement earlier this week that Vodafone SmartPass is to go live in Spain by the end of this year.