Both Vodafone and Orange are to launch NFC payments services using prepaid cash accounts in Spain this year. 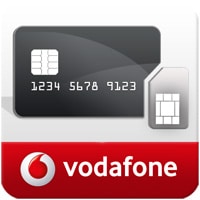 Vodafone has announced that all its customers will be able to use Vodafone SmartPass to make mobile payments from a Visa prepaid card account at over 250,000 stores across Spain by the end of 2013.

Customers with an NFC phone will be able to add a Vodafone SmartPass app to their device. Those without will be offered a contactless sticker that can be attached to their phone for safe keeping.

Vodafone also hopes to incorporate credit and debit cards from other financial institutions in 2014, as well as adding discount coupons and loyalty programs to the service.

“Vodafone SmartPass assumes the next step in the revolution of smartphones because it allows our customers to benefit from the simplicity, safety, speed and convenience of managing their day-to-day transactions by just having their phone,” says Iñaki Cabrera, director of mcommerce at Vodafone Spain.

Orange, meanwhile, has announced that it will launch its Orange Cash service in Spain, in conjunction with MasterCard, during the fourth quarter of 2013. Customers will be able to make payments via NFC using a prepaid Orange Cash account that can be topped up from an existing credit card. A physical card will also be available for customers without an NFC phone.