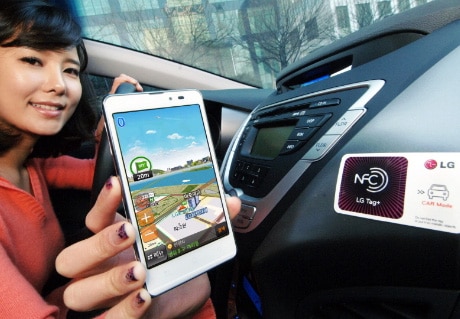 Smartphone maker LG has unveiled the Optimus LTE Tag, a new smartphone destined for the Korean market. The handset has a 4.3-inch touch screen, a 1.2GHz dual-core CPU, and runs Android 2.3. It also has a feature called LG Tag+ which communicates with customisable NFC tags.

LG Tag+ users will be able to change phone settings at the tap of a tag, for instance switching on Bluetooth handsfree calling and the phone’s GPS receiver as they get into their car by tapping a tag on the dashboard.