PayPal is planning to offer merchants who adopt its in-store mobile payments service both lower costs and access to more detailed customer data, according to a Reuters news report. 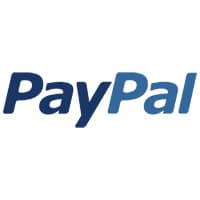 PayPal recently ran an NFC trial in Sweden, has included NFC peer-to-peer payments in the latest version of PayPal Mobile App for Android and first tested an NFC sticker-based solution in mid-2010  — but has been a naysayer regarding the benefits of NFC for payments at the point-of-sale since its vice president of product development, Osama Bedier, left the firm to spearhead Google Wallet in January last year.

“One tactic Kingsborough is using is to address retailers’ concern about how much they spend on fees by accepting payments through the established networks run by Visa Inc, MasterCard Inc, American Express Co and others,” says Reuters. “PayPal will subsidize its POS service on an introductory and long-term basis.”

That extra information will help stores send more relevant and timely offers to shoppers, encouraging them to use the service more, Kingsborough said.

Sharing such information with retailers will help them send coupons and other offers and discounts to users’ smart phones as they enter a store, rather than the current situation in which a coupon is spat out as people checkout, Kingsborough said.