A survey has found that French consumers are more interested in the idea of using their fingerprint to identify themselves when making a payment than in using a mobile phone for the purpose. 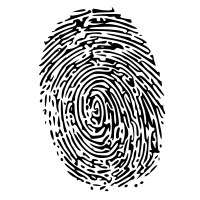 The survey findings indicate that French consumers are now less willing to adopt NFC payments than they were a year ago. A similar survey conducted by the same organisations last year found that 8% of consumers were strongly in favour of the idea, compared to 6% this year, and 19% were strongly opposed, compared to 25% this year.