PARTNER NEWS: French public transportation authority Ile-de-France Mobilités is to introduce mobile ticketing from 2019, enabling users of the Paris metropolitan area subway, bus, tram and train network to purchase and store transit tickets on their Android NFC mobile phones. Navigo transit cardholders will also be able to use their NFC device to reload a contactless travel pass directly from their mobile phone. 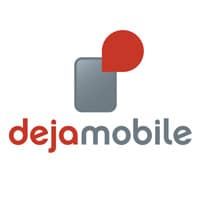 Dejamobile is working in a consortium with Gemalto and Wizway to develop the contactless ticketing solution.

The company’s ReadyToTap transport solution is to be used in the project to enable Navigo cardholders to load their card over-the-air to the SIM, or other secure element, on their NFC phone and to purchase and add new tickets and passes. Dejamobile’s technology will also be used to enable tickets and passes to be transferred via NFC from the cardholder’s mobile phone to their contactless Navigo card.

The new Smart Navigo mobile ticketing service will be piloted during 2018 and will go live in mid-2019.

“Ile-de-France Mobilités wishes to benefit from a system that would let travellers access and leave transport areas even if their smartphone is off or the battery is down,” Bertrand Pladeau, Dejamobile’s chief operating officer, told NFC World. “This will be possible thanks to the fact that tickets and passes will be loaded into the SIM card or other secure element.

“Unfortunately, it won’t be possible for iPhone owners to use the service since Apple does not yet allow third parties to access the NFC secure element in their phones. However, we are happy to explore the possibilities with Apple to offer the same service to all Paris public transport users.

“The Paris region estimates that 900,000 people will have mobile phones capable of supporting Smart Navigo at launch. The service will eventually be used by three million people.

“An important aspect of this mobile ticketing solution,” Pladeau adds, “is that it is open and will be made available to any transport authority wishing to digitise tickets or passes.”

“Following this initial success for our mobile ticketing solution we are now planning to expand our offering to also include solutions for the automotive industry, highway and air transport service providers.”

• Learn more about Dejamobile in the NFCW Expo.