The Bank of Korea (BOK) is to pilot a service that allows merchants to give customers change in the form of a top-up onto a prepaid card instead of coins. The project forms part of the central bank’s Coinless Society Project (PDF) which aims to “ease the inconvenience of using and carrying coins”. 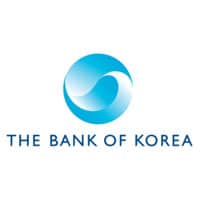 A series of pilot projects was announced in November 2016 to build a “well-constructed” digital payment infrastructure in the country, following a survey carried out by the bank that reveals nearly half (47%) of consumers do not use coins even when they receive them as change, with the biggest reason cited as the inconvenience of carrying them (62%).

More than half of the 2,500 surveyed (51%) support the idea of a coinless society, compared to just 24% of those who oppose.

“The plan, with the aims of enhancing the convenience to the general public and reducing social costs, will be carried forward in a way to decrease the circulation of coins by effectively utilising a well-constructed digital payment infrastructure,” BOK says. “However, it does not aim at eliminating coins completely.

“A staged approach will be taken in putting the plan into practice to ensure its effectiveness, where a pilot program will be carried out in advance of actual introduction and subsequent expansion of a particular payment model.”

“In lieu of returning physical change to a consumer, a merchant will add the equivalent amount to his/her prepaid card value through a prepaid card top-up terminal in the convenience store, followed by subsequent settlement between the store franchise operator and prepaid card issuer,” BOK adds.

“The BOK, by promoting the pilot program, will raise consumers’ awareness of its benefits, thereby encouraging them to ask their change value to be deposited to prepaid cards instead of physical coins.”