Canadian open NFC mobile wallet provider Ugo has added a host card emulation (HCE) based solution to its Ugo Wallet and is using tokenization technology from Visa for the service. The company confirmed to NFC World in January 2016 that it would be launching the feature to its customers early this summer. 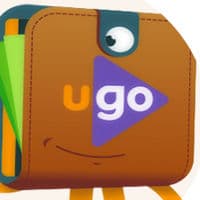 “Ugo Wallet, for Android devices running on operating system version 4.4 or higher, will now use encrypted tokens during mobile Visa payment transactions,” the company says. “This will provide a quicker and seamless experience for customers when adding eligible TD Visa credit cards and making purchases with their phone.”

Ugo Wallet was developed by Canadian banks President’s Choice Financial and TD Bank Group and was converted into an open NFC wallet proposition in November 2014. The company revealed in October 2015 that it had signed up more than 100,000 users.