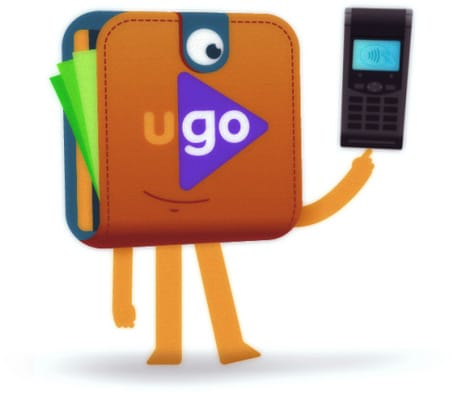 Ugo, an open NFC mobile wallet developed by Canadian banks President’s Choice Financial and TD Bank Group, is now available to customers of all three major Canadian carriers who own one of a range of supported BlackBerry 10 and Android NFC devices.

The initial release of Ugo, which was unveiled in November 2013, enables consumers to load TD credit cards and PC Financial MasterCard credit cards into their wallet and make payments at Visa payWave and MasterCard PayPass merchants.

Members of the PC Plus loyalty program can also “instantly get PC points with the same tap when making eligible purchases at participating grocery stores where President’s Choice products are sold”. Support for additional payment cards and loyalty programs is expected to be added in the future.

“The launch of Ugo Wallet marks an important Canadian milestone; this is the first open digital wallet to combine multiple payment and loyalty programs in one convenient and secure mobile solution,” says Ugo CEO Alec Morley.

“Unlike any other mobile payment offering currently available to Canadians, Ugo has two participating banks, operates on both Visa and MasterCard payment networks and is supported by Canada’s three biggest network carriers while integrating the extremely popular PC Plus loyalty program.”

“This is only the beginning of the Ugo journey,” Morley adds. “We look forward to collaborating with our users and participants to evolve the application and expand the openness of Ugo with access to additional cards, loyalty programs and merchants.”