Telkom Indonesia has signed a memorandum of understanding with Sony to develop an NFC platform based on Sony’s FeliCa technology that will let consumers in Indonesia use NFC mobile phones, smartcards and other devices for payments, rewards, access control and transit ticketing. 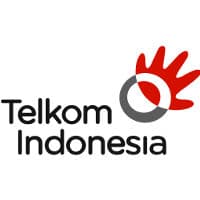 “The two companies have agreed to collaborate on the development of the NFC common platform, which will serve as a secure all-in-one solution platform for service providers,” Sony says.“With smartcards, customers will be able to use their cards, mobile phones and devices of other shapes and sizes at various locales, such as public transport stations, retail locations and schools.

“As the first initiative, Telkom Indonesia and Sony will work together with Trans Metro Bandung to implement a trial run for this NFC common platform for the purposes of automated fare collection,” Sony adds. “The two companies will also collaborate in order to promote the platform and encourage its adoption across a variety of industries.”

“Telkom’s cooperation with Sony is expected to increase the use of NFC technologies based in Indonesia,” says Indra Utoyo, innovation and strategic portfolio director at Telkom Indonesia. “Telkom has experienced and understands the market conditions in Indonesia; I am optimistic both companies can further enhance the cooperation developing FeliCa services both for the consumer and professional segments.”

“We will also leverage the wealth of experience that we have accumulated in Japan and Hong Kong, where many services, from transportation to e-payment to NFC-enabled mobile services, have utilised our FeliCa technology.”