More than one million journeys have been paid for using a contactless payment card since Transport for London (TfL) began accepting the cards on the underground and commuter rail services on 16 September. 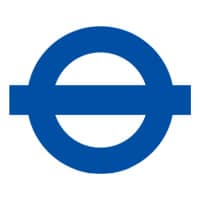 “Contactless payments are now making up nearly five percent of all pay as you go journeys on the network with the most popular London Underground stations for contactless currently being Canary Wharf, Oxford Circus, London Bridge, Victoria and Liverpool Street,” TfL reports.

London buses, which have accepted contactless cards since 2012, have also experienced “a significant rise” in usage, TfL adds, with up to 100,000 bus journeys a day now being paid for by contactless card.

“There have been over 250,000 instances per day of customers touching a contactless payment card or device on readers across transport in London. This brings the total number of times customers have touched in or out on the payment readers to 1.6 million since contactless launched last week.”

“It is really encouraging to see over one million contactless journeys on transport across London in the first week,” says Shashi Verma, TfL’s director of customer experience. “We want travelling in London to be as easy and convenient for our customers as possible and contactless is one of the steps we have taken to make that happen.”