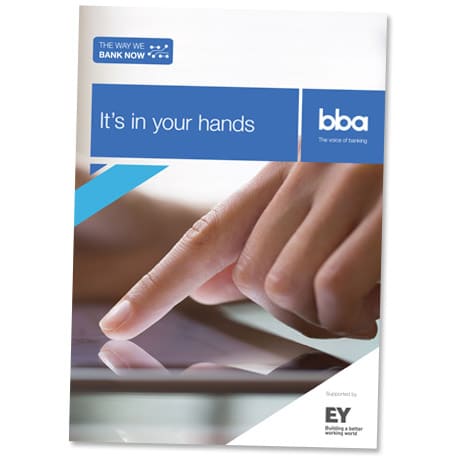 Mobile and internet banking in the UK is now being used for transactions worth nearly £1bn a day and totalling £6.4bn a week, up from £5.8bn last year, according to an industry-wide report on how mobile technology is changing the banking industry from the British Banking Association and Ernst & Young.

The It’s in Your Hands report (PDF) also reveals that banking apps for mobiles and tablets have been downloaded more than 14.7m times — a 2.3m rise since January — at the rate of around 15,000 per day this year. Mobile apps offered by major banks are used 18.2m times a week, with NatWest and RBS’ mobile app clocking up more than 1.25bn log-ins so far. Lloyds Banking Group registers 6.6m weekly uses of its app, up from 2.1m in 2012.

More than 14m mobile and internet transactions are now being processed each week, the research reveals, with around £1.7bn a week being transferred through mobile banking apps by customers of major banks, compared with £6.4bn for internet banking over the same period.

The findings also revealed that bank customers signed up for the Payments Council’s mobile payment service Paym at a rate of one every 7.5 seconds in April, the month the service launched.

“This report shows just how enthusiastically the British public is embracing mobile banking, contactless cards and a range of other consumer-friendly banking technologies,” said Anthony Browne, chief executive of the BBA. “The way we bank now has made it a lot easier for us to keep track of our finances, with far more options about how we spend our money and talk to our bank.”

Thousands of iPads – 10,000 at Barclays alone – have been installed in bank branches with 2m transactions completed on the devices in Barclays branches last year. The bank now has 7,000 “Digital Eagles” based in branches, helping customers get online and showing them how to use the latest mobile apps.

“Digital banking is really shaking up the market, driving competition and innovation,” added EY’s Tariq Khatri. “This is great news for consumers and also potentially for the UK economy. The British public’s adoption of digital banking has reached critical mass this year and we believe the UK has a unique opportunity to achieve a leading position in digital banking.”

“The revolution in the way we spend, move and manage our money is not over,” the report says. “Banks are looking at a range of new technologies to make banking even easier and more flexible. Biometric data could make accounts safer and security features more straight forward for legitimate transactions.

“Near field technology could end the need for taking your card out of your wallet or purse to make a purchase. Banks will strive to innovate because they know it’s a way to win new customers.”