Two thirds of UK smartphone owners are open to the idea of using a mobile wallet, according to a survey conducted by Marketing Sciences — but most consumers want to use a mobile wallet to collect loyalty points and offers rather than for making payments. 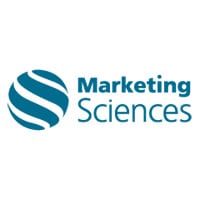 The idea of using a mobile wallet appeals to 78% of respondents aged 24 to 35 and remains above 50% for those aged over 65, the survey found.

Almost half (49%) wanted a mobile wallet for loyalty cards and 43% for collecting vouchers. One third of those surveyed were interested in using it for payments under £20 and 15% were open to the idea of using a mobile wallet to make larger purchases.

“The obvious benefit of mobile wallets, which is easily imagined by consumers, is of freeing up space in the purse or wallet by leaving all those loyalty cards and paper vouchers at home,” Richard Snoxell, research director at Marketing Sciences, told NFC World+. “The loyalty card feature is also appealing because there is little or no perceived risk from using mobile wallets in this way.”

“Mobile payment is a more divisive feature,” Snoxell continued. “We found almost a third of all people would be happy to use mobile wallet if the payment cut-off was £20 — mirroring the limits on contactless payment cards. However, only 15% of us are open to the idea of using it for larger payments, with consumers understandably wary about security. App developers should consider including a PIN system for payments to allay these fears.”

“Developers of mobile wallet apps should focus on conveying messages about the benefits of loyalty cards and vouchers to consumers,” Snoxell added. “As people adopt mobile wallet and understand it better, it will then be easier to convince them to try payments from their smartphone.”

PayPal is the most trusted provider of a mobile wallet with 37% of respondents, the survey also found. Visa came second with 29%, followed by MasterCard with 24%.