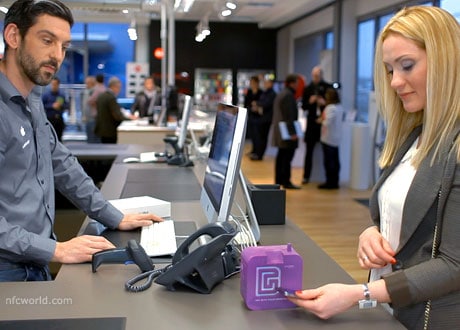 Luxembourg-based Digicash Payments has raised €2.2m to expand its mobile payments platform on a “national and on an international level.” The service supports transactions via NFC, QR and Bluetooth Low Energy (BLE) and has been adopted by four local banks.

Digicash added support for NFC and BLE to its QR payments service in March 2014, using a single Digicash Beacon placed at the point of sale that enables transactions to be carried out using whichever of the three online-to-offline technologies a customer’s mobile device supports. The solution is currently being field tested with supermarket chain Cora, Apple reseller Lineheart and a number of convenience stores.

Banque et Caisse d’Épargne de l’État (BCEE), Post Luxembourg and Banque Internationale à Luxembourg already offer Digicash. A fourth bank, BNP Paribas, is to go live “soon” while “an extra one will go live at the end of this year or the beginning of 2015, and two others are still to be planned,” Digicash co-founder Jonathan Prince told NFC World+.