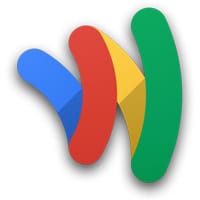 From 14 April 2014 it will only be possible to use Google Wallet to make an NFC payment using a device that supports host card emulation (HCE). “Devices with Android versions older than Android 4.4 (Kitkat) will no longer be supported for tap and pay,” Google says.

Tap and pay “is available in the US, and requires an NFC-enabled Android device running 4.4 (Kitkat) or higher on any carrier network,” Google Wallet support explains However, it adds, “not all devices running Kitkat will support tap and pay” — NFC payments will not be possible on the Samsung Galaxy Note III, HTC Evo 4G LTE or the 2012 version of the Nexus 7.

In a customer email forwarded to Droid Life Google explains:

We wanted to let you know about an update to Google Wallet that might change the way you use the app. Right now it looks like you’re using tap and pay with a device running an Android version older than 4.4 Kitkat. On the newest version of Android, tap and pay works with different technology for an improved experience. As a result, starting on A​p​r​i​l 1​4, 2​0​1​4, tap and pay will no longer work for devices with older Android versions.

Google first introduced support for NFC payments with Android 2.3 Gingerbread and the Nexus S in December 2010 and followed up with the launch of Google Wallet in May 2011. The search giant met early resistance from carriers who blocked support for Google Wallet on their phones, however, and has since been looking for a way to get around those blocks. HCE, introduced with Android 4.4 in October 2013, may do just that.

10 comments on this article