Point of sale and payments specialist Merchant360 has introduced a software plug-in for Ingenico and VeriFone terminals that enables merchants to send marketing messages and coupons to customers via NFC, without the retailer needing to partner with wallet providers like Isis and Google. 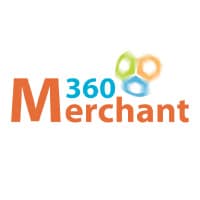 “The solution allows for direct transfer of receipts and issuance of coupons from POS to mobile with and without payments,” the company says. “Merchants and value-add service suppliers can now engage consumers using open NFC standards even if their mobiles are offline.”

“This turns the terminal into a profit centre rather than just a cost centre,” Merchant 360 CEO Steve McRae told NFC World. “The merchant can deliver offers to the consumer without a wallet.”

Merchants are already able to issue receipts and coupons in one transaction to Google Wallet and Isis Mobile Wallet users but, McRae explained, they first need to have compatible POS terminals and customers need to be users of those particular services.

“What we are doing is sending standard NFC NDEF messages to and fro,” he said. “The use of NDEF at the point of sale means the terminal can be used to send a marketing message to the handset, like a sticker does in a window, and any handset with a standard NFC reader on board can pick up that message from a terminal.”

POS terminals are normally set to listen for swipe or tap and a tap negotiation will normally reject anything that isn’t card emulation, McRae says. “What we have done is to set the terminal to poll for alternatives. This opens the point of sale for more than just scheme card emulation.”

“You still need software on the terminal to generate the NDEF message and set the NFC mode,” he explained. “This is easily done with the use of our NFC stack for terminals.”