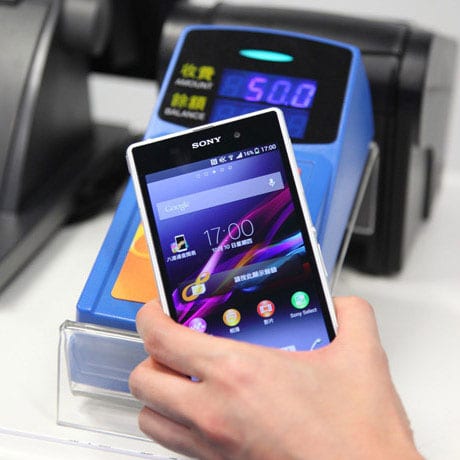 Customers taking part in the pilot will be able to use an NFC phone to access the same services as those offered by conventional Octopus cards and products, by installing a FeliCa-based Octopus applet on a new Upteq NFC SIM card, supplied by Gemalto, and then inserting the SIM into their NFC phone. The pilot marks the first time a FeliCa applet has been available commercially on an NFC SIM.

Those taking part will be able to pay for journeys on all of Hong Kong’s public transportation systems, including the metro, rail, bus, ferry, coach and tram, as well as pay for fares on minibuses and taxis that accept Octopus. They will also be able to make payments at retail stores, food and beverages outlets as well as purchase entrance tickets at selected entertainment venues. Drivers will also able to pay for their parking using their NFC phones.

Customers will be able to top up their Octopus Mobile SIM account at any Octopus reader in Hong Kong.

An initial 5,000 Octopus Mobile SIMs are being made available for the pilot. Customers who purchase a Sony Xperia V, Z, ZR, Z Ultra (3G), Z Ultra (LTE) or Z1 smartphone on contract with PCCW-HKT will have the usual HK$100 (US$12.90) activation fee waived “while stocks last”.

“The pilot launch will also gauge users’ experiences and feedback to precede the full market launch of the Octopus Mobile Payment Service in the near future,” Octopus says. “The OMS will be further enhanced to support other new functions and applications in due course, and more smartphone models would be tested for compatibility with this new payment service in future.”

Those new functions are expected to include both access control and loyalty applications, according to Gemalto.

The new Octopus Mobile Payment Service (OMS) has been developed by the company in collaboration with PCCW-HKT, Sony Mobile Communications, Gemalto and Sony FeliCa. “Sony is collaborating with major SIM manufacturers to incorporate FeliCa-compatible technology in NFC SIM cards,” Sony says, “as part of its strategy to develop mobile solutions globally.”

“We are grateful to all partners for helping us bring this innovative endeavour into fruition, as we offer smartphone users the brand new experience of mobile proximity payment with added convenience, efficiency and accessibility.”