South African mobile transaction platform provider WiGroup is testing an NFC payments and coupon solution with one of the country’s largest retailers, the company has told NFC World, and now plans to bring the technology to Europe. 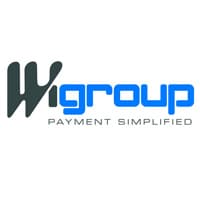 The company’s WiPlatform has already been integrated with the checkout solutions of a number of South African retail chains including Shoprite, Checkers, Pick n Pay and KFC, WiGroup says.

“WiPlatform has two protocols; a one-time PIN protocol, WiCode, and an NFC protocol, WiTag,” Howard Moodycliffe, the company’s head of marketing, told NFC World. “We have recently spoken to a number of national retailers in the UK as well.”

The one-time PIN protocol enables consumers to receive a WiCode via a range of digital channels, including mobile sites, mobile apps and SMS. To process a transaction, the cashier selects the ‘Mobile’ tender button on their POS screen and either the cashier or the consumer then enters the one-time WiCode on the POS terminal. The transaction details are then sent to the WiPlatform for validation and authorization.

“The key value proposition wiPlatform offers to retailers is that they only have to integrate once and are then able to accept any mobile currency or transaction type they choose.

“The generated WiCode or WiTag could come from any app or mobile wallet that has been integrated to the WiGroup platform so, to the merchant, it is irrelevant what app or mobile wallet is being used to complete the purchase — it could be one of theirs or a third party’s — all they have to do is select the ‘mobile’ transaction button on their POS and enter the presented WiCode or have the consumer touch their phone to the terminal to use WiTag.”

More than 30,000 POS lanes in South Africa are now accepting mobile transactions and payments from mobile wallets and apps integrated with the WiGroup platform and the company says it has facilitated in-store mobile purchases worth almost R1.5bn (US$147m) in 2013, an increase of more than 500% over 2012. More than half a million mobile coupons and vouchers are also being processed every month.