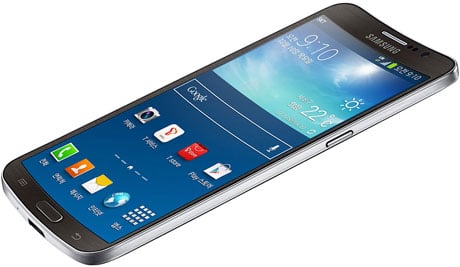 As well as being easier to grip thanks to its design and Galaxy Note 3-like stitched leather back cover, the Galaxy Round will offer a new feature called Round Interaction, allowing the user to see information such as missed calls and battery life while the handset is locked, by tilting it towards them when it’s on a flat surface.

Both 13 megapixel rear and front-facing two megapixel cameras are included along with NFC, WiFi, Bluetooth 4.0 and a USB 3.0 connection.

No international availability has been announced.