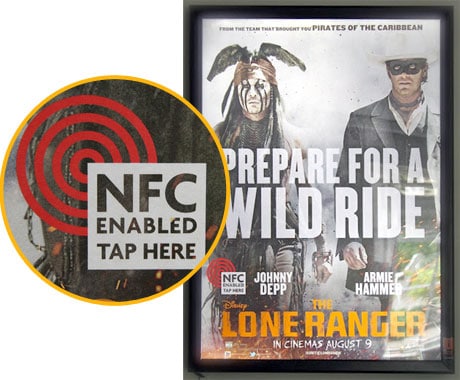 Marketing agency The Picture Works is promoting The Lone Ranger and The Way, Way Back in bars and restaurants in the Republic of Ireland using illuminated posters containing NFC tags.

“We currently have two live campaigns running in parts of our indoor network which consist of NFC touch points on film posters,” The Picture Works’ Mark McGrath told NFC World. “These touchpoints bring the user’s device to the official YouTube film trailer.”

A video produced by The Picture Works shows the campaign in action: