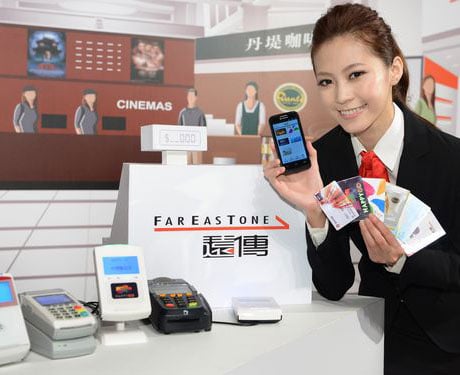 Mobile network operator Far EasTone has teamed with Vodafone to launch a low-cost Android NFC smartphone in Taiwan in preparation for its NFC payments pilot later this year.

Far EasTone has already purchased some 10,000 units of the Vodafone Smart III handset, reports Focus Taiwan, which will retail at NT$4,990 (US$166) when it goes on sale later this month.

“We are likely to see more mid- to entry-level NFC phones available in the market in the future,” says Far EasTone president Yvonne Li. “But it will take some time because these phones have to be built in accordance with certain technological standards and complete many security tests.”

The launch is a push towards the carrier’s NFC payments project, which will start with a trial period for employees of the Far EasTone Group at the end of July, adds Li.

Far EasTone says it will purchase between 1.7m and 1.8m smartphones this year, with half of these being NFC-enabled.