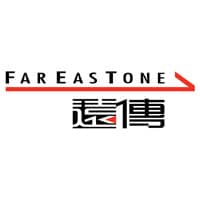 A second phase of the project is then expected to begin in the fourth quarter of 2013. This will bring in more local banks and expand the credit card partnership to include Visa, Far EasTone president Yvonne Li told Taiwanese news agency CNA during a shareholder meeting.

The trial project will initially target smaller mobile payments of under NT$3,000 (US$100) due to the requirements of the Financial Supervisory Commission, Li explained.

“We will begin with our group’s banks and department stores, while seeking external partners such as fast food chain stores,” said Li, adding that more details will be announced at a press conference to be held later this month.

After starting with Cathay United Bank, Chunghwa is set to launch NFC payments with three other financial institutions — ChinaTrust Commercial Bank, Taishin International Bank and E-Sun Bank — within the next couple of weeks.