Worldwide mobile payment transaction values will reach US$235.4bn in 2013, a 44% increase on 2012’s $163.1bn, according to a new forecast from Gartner — but NFC transactions will account for a smaller than expected proportion of that total and the overall market value has also been reduced. 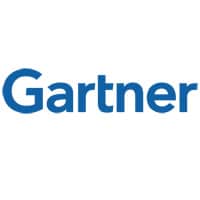 “We expect global mobile transaction volume and value to average 35% annual growth between 2012 and 2017, and we are forecasting a market worth $721bn with more than 450m users by 2017,” says Sandy Shen, research director at Gartner. “Nevertheless, we have lowered the forecast of total transaction value for the forecast period due to lower-than-expected growth in 2012, especially in North America and Africa.”

The value of transactions conducted via NFC has been reduced by more than 40% throughout Gartner’s five year forecast period “due to disappointing adoption of NFC technology in all markets in 2012 and the fact that some high-profile services, such as Google Wallet and Isis, are struggling to gain traction.

“Worldwide, people are not purchasing as much because the buying experience on mobile devices has yet to be optimized,” Gartner says. “People are spending less via mobile devices than via online ecommerce services and at retail outlets.”

“Money transfer value continues to increase because users are transacting much more frequently (although at lower values) due to the wider availability of services and to transaction costs that are lower than those of traditional bank services. This makes money transfer a leading use case, one that Gartner forecasts to account for almost 69% of the total value in 2017.

“Bill payment value is expected to grow 44% in 2013 and have consistent growth through the forecast period. This is due to higher value per transaction figures as more consumers in developed markets perform bill payments via mobile banking services along with consumers in emerging markets who are transacting at higher values [than] originally forecast. Bill payments will account for about 5 percent of the total value forecast for 2017.

“From a regional perspective, Asia/Pacific’s transaction value is expected to grow 38% in 2013 to reach $74bn. Deployments in developed markets such as South Korea and Singapore and in developing markets such as India are expected drive healthy growth in this region.

“As a result, in 2016, Asia/Pacific will overtake Africa to become the largest region by transaction value, reaching $165bn. Africa’s transaction value is forecast to reach $160bn in 2016. While Africa will still experience strong growth through the forecast period, companies are still searching for the most suitable business model for mobile money in their local markets.

“North America’s transaction value is forecast to grow 53% in 2013, reaching $37bn, up from $24bn in 2012. The region has been impacted by low adoption of NFC payment services and many merchants launching mobile apps in a copycat fashion without a clear winning strategy.

“Western Europe’s transaction value is expected to reach $29bn in 2013, up from $19bn in 2012. The market will experience steady growth through the forecast period, but the forecast growth has been impacted by a reduction in the average number of transactions per user in 2012 as several services struggled and others launched only toward the end of the year. These factors have postponed growth for at least a year.”