Chip maker AMS has announced full availability of a new NFC chip which is designed to be integrated into a wide range of electronic devices to enable them to interact with NFC phones. 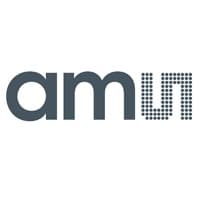 The AS3953, says AMS, can reduce the cost of adding NFC functionality to devices like medical monitoring equipment, electronic shelf labels and home appliances to less than a third of the price of using a traditional NFC reader interface chip — as well as offering simpler implementation.

The chip can be powered by the NFC device used to communicate with it, and can wake the host device if appropriate. This makes the AS3953 ideal for incorporating in low-power battery powered devices, says AMS.

“The AS3953 connects on one side to an antenna to transmit/receive information via 13.56MHz to any NFC enabled mobile phone. On the other side it has a standard SPI interface which can connect to any microcontroller,” explains Mark Dickson, AMS’s senior product manager for RFID power and wireless.

A video produced by AMS shows the AS3953 in use as part of a passive device with a changeable e-ink display: