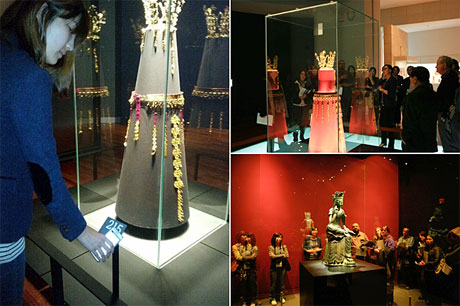 The National Museum of Korea is testing an NFC-based guide service. Visitors can download pictures of exhibits and get further information by reading NFC tags located near each item with an Android smartphone. They can also post comments to social media sites including Twitter and Facebook.

Exhibits with NFC-augmented information include Korean national treasure number 191 — a Silla jade and gold crown — and the Bangasayusang, a gilt-bronze statue of Bhudda that dates from the 7th century.

The service, which is available in Korean, English, Japanese and Chinese, was supplied by Seoul-based NFC platform provider LoveisTouch. The trial runs until December 16.