Contrary to reports circulating on the internet, citing unnamed “sources”, long-established NFC POS terminal, TSM and software supplier Vivotech is not planning to announce today that it is ceasing operations. 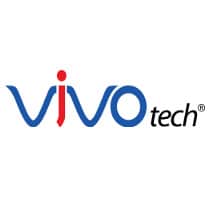 The company has, however, revealed that it is restructuring its business. Staff numbers are being cut and the company is selling off its reader business. According to an official statement:

Vivotech’s business fundamentals are strong and orders and contracts are building in both its reader and software businesses.

Over the last six months the company has been executing a strategy to divest its reader business to a qualified buyer. This sale has moved slower than anticipated.

Vivotech has not ceased operations but is in the process of restructuring operations and has reduced its team to a smaller group with the goals of maintaining customer relationship and core contract work, and to address our supplier relationships and commitments, as the company completes plans to divest the reader business and focus on the software business.

Vivotech is in dialog with its customers and suppliers on the current situation but will be no making no other public statements.