Google CEO Larry Page has taken to the search giant’s blog to announce the completion of its acquisition of Motorola Mobility — and obliquely mentioned NFC’s key role in Google’s plans for the future. 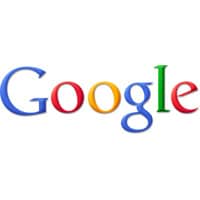 “It’s a well known fact that people tend to overestimate the impact technology will have in the short term, but underestimate its significance in the longer term,” writes Page. “Many users coming online today may never use a desktop machine, and the impact of that transition will be profound — as will the ability to just tap and pay with your phone.”

At the same time it was announced that Motorola Mobility CEO Sanjay Jha has stepped down and long-time Googler Dennis Woodside has taken over, indicating that the phone maker may find a long term home at Google.

Motorola’s line-up of NFC phones is currently thin, but today’s announcement paired with the search company’s emphasis on its NFC-based Google Wallet payments offering suggests that Motorola is set to expand its offering. The company is reported to be working on adding fingerprint biometric security to future NFC phones and currently offers two NFC-enabled headsets.